A cleantech company, Clewat Ltd, has addressed the problem of large amounts of snow being transported from cities to snow collecting sites and even sometimes dumped untreated into the sea. 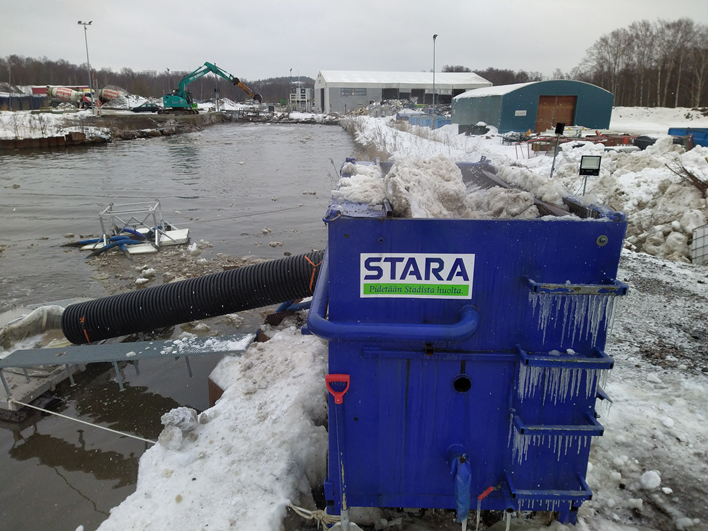 The system is centered around an ISO-sea shipping container (length 12 m / 40 ft) that houses the technology necessary to pump sea water onto snow, melting and filtering it before releasing it into the sea. In Clewat’s solution, snow melting process uses the power of flowing water and seawater temperature, or alternatively waste heat from the district heating network. This leads to a more sustainable process, both environmentally and economically, than in other methods used for snow melting when fossil fuel is used. 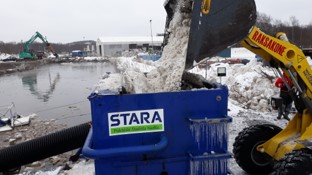 To help Clewat further develop its now treatment system, Luke’s project team conducted with Clewat a pilot test to find out the particle size range of the MPs in urban snow, and according to that select an optimal mesh size for the filter cloth to catch the fine fraction. The mesh size is a compromise between MP removal efficiency and the capacity in the snow treatment.

Snow for the pilot experiment was collected from a snow collecting site in Kokkola in February 2020. Part of the melted snow was filtrated through a Clewat prototype unit with mesh sizes of 50 or 150 µm and partof the snow was left untreated. The analysis of the untreated meltwater provided data for the original MP concentration and the particle size distribution in urban snow. Respectively, the analysis of the treated meltwater provided data for the efficiency of the filtration system.

In conclusion, the Clewat snow melting and filtering process has several advantages: it is based on sustainable snow melting technology, the unit can be operated both on land and floating on water and as a decentralized system it reduces snow transport distances. The mesh size of 50 micrometers seems to be efficient in MPs removal. 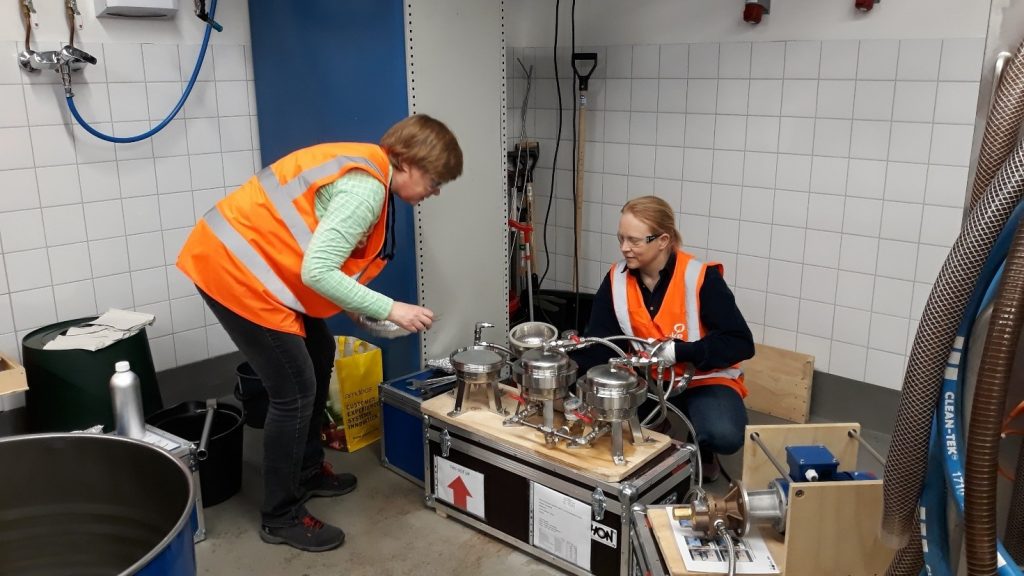