Poster competition for students to raise awareness about microplastics in Gdansk

Gdańsk Water Utilities (GIWK) has been active in providing the residents of the City of Gdańsk with the ecological education for years. The related activities are led under ecological programme named „Hydromission” that aims to raise public awareness on environmental protection issues. 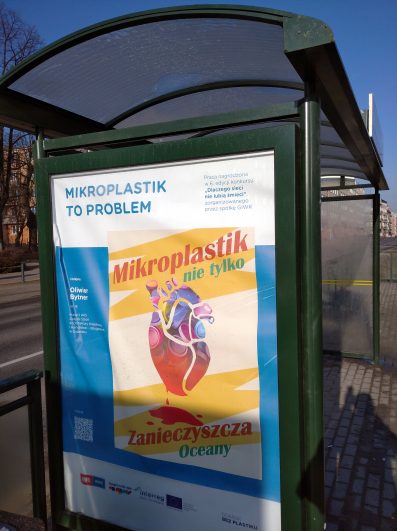 First place in the poster competition on microplastics

One of the programme regular events is the yearly competition “Why the pipes don’t like waste?” organised on the occasion of Clean up the world international action. Competition task, which differs each year, is to underline the consequences for the environment of inappropriate waste disposal in respect to potable water quality or polluting the sewer system with garbage or chemicals.

In 2020 the theme of the 6th edition of the competition, addressed to secondary school pupils (age 15-18), was microplastic. The company is dealing with this important environmental and health problem under its participation in FanpLESStic-sea international project. Competition task was to prepare a provocative poster on microplastic harmfulness and the possibilities how it can be avoided.

MIKROPLASTIC is the plastic particles of less than 5 mm size. It can enter the environment in the result of the plastic waste degradation, car tires abrasion or as being leached out from plastic turfs. Whereas to the sewer network – it can released when using the products, in which microplastic was intentionally added as one of the ingredients like e.g. the scrubbing material in cleaning milks, toothpastes and peelings, or in results of washing synthetic textiles (clothes).

Recent researches show that microplastic can be everywhere, in each element of the environment. In waters, it can be harmful for marine/water organisms, which ingest plastic through their diet (mixing it up with plankton) and this leads to the large-scale contamination of fish and animals stocks with microplastic, which endangers their lives. Small plastic particles can be transferred to the tissues of living organisms, where they can, with a big probability, emit hazardous substances – plastic products additives, which are most often endocrine disruptors and can negatively impact the proper functioning of those organisms and their endocrine system. Microplastic is one of the high concern pollutants, because of lack of knowledge on its presence in the environment, because in most cases it can’t be seen with the human eyes and finally because microplastic detection as well as effective elimination technologies are not fully recognised. Additionally, current wastewater treatment processes are not meant for microplastic removal, which may mean that those particles can easily pass through the process and end up in the environment together with the treated wastewater.

The competition started on the 22nd of September 2020 and the deadline for sending the posters was set on the 20th of November, but the final results were announced on the 7th of December. The competition jury decided to award 7 posters: first place, two seconds (ex aequo), third, fourth and fifth places and additional, special award for creativity and using different artistic techniques.

Awarded posters were used in the social campaign emphasising the microplastic problem, organised on the occasion of World Water Day 2021 (15-28.03.2021) and were presented in the form of citylights in the bus shelters in the city of Gdańsk. The competition was attended by 79 pupils (39 boys and 40 girls) from 11 secondary schools.

And the winners are… 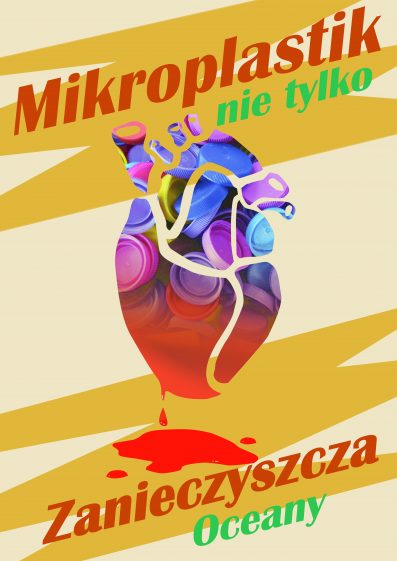 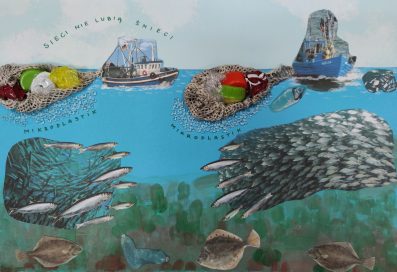 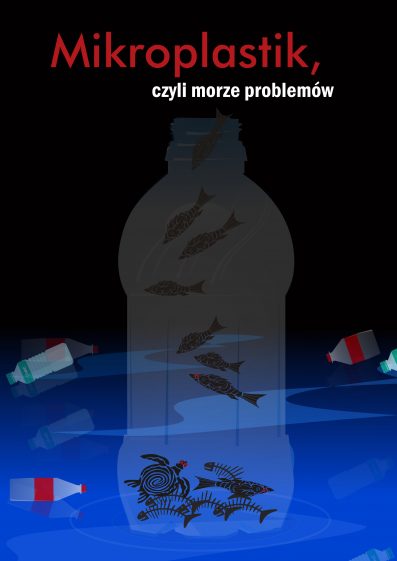 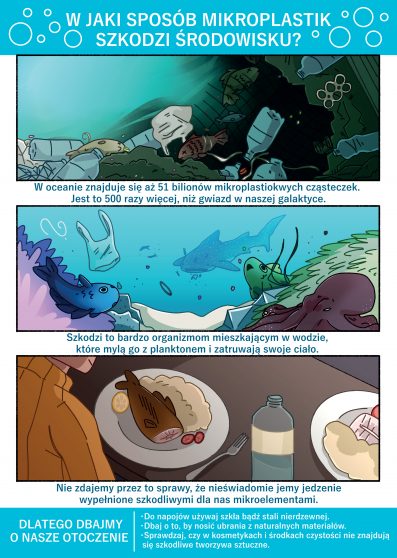 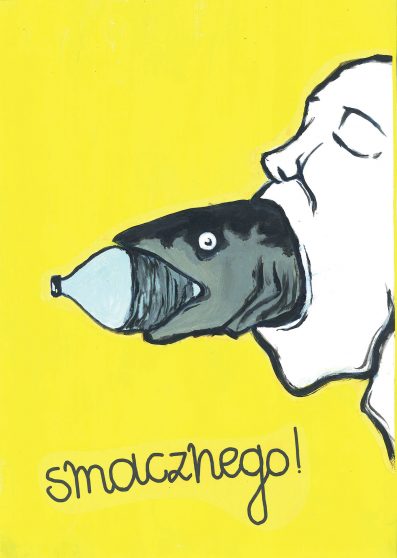 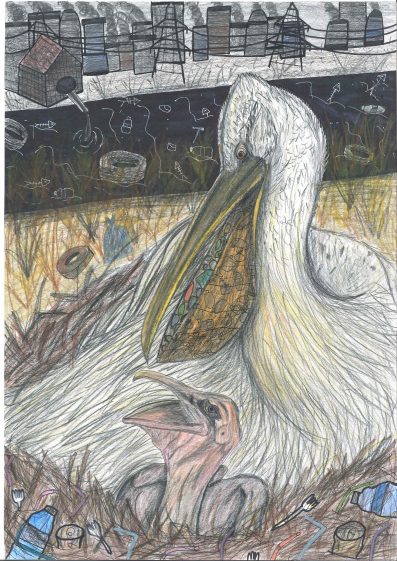 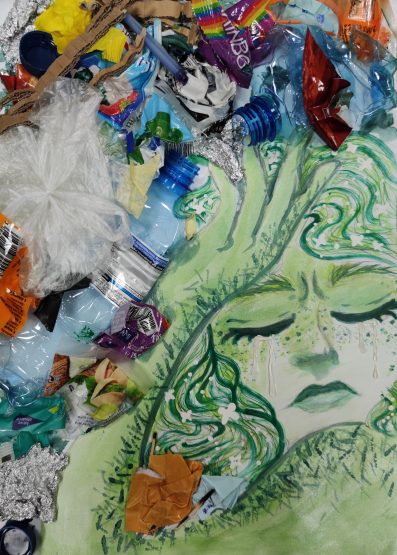 Education programme Hydromission is to provide activities covering the needs of different age groups including: preschoolers, primary and secondary school pupils, students and seniors. The key message of the activities is “to learn through play” as they is based on gamification and several worshops binding together ecology, nature, chemistry and biology.