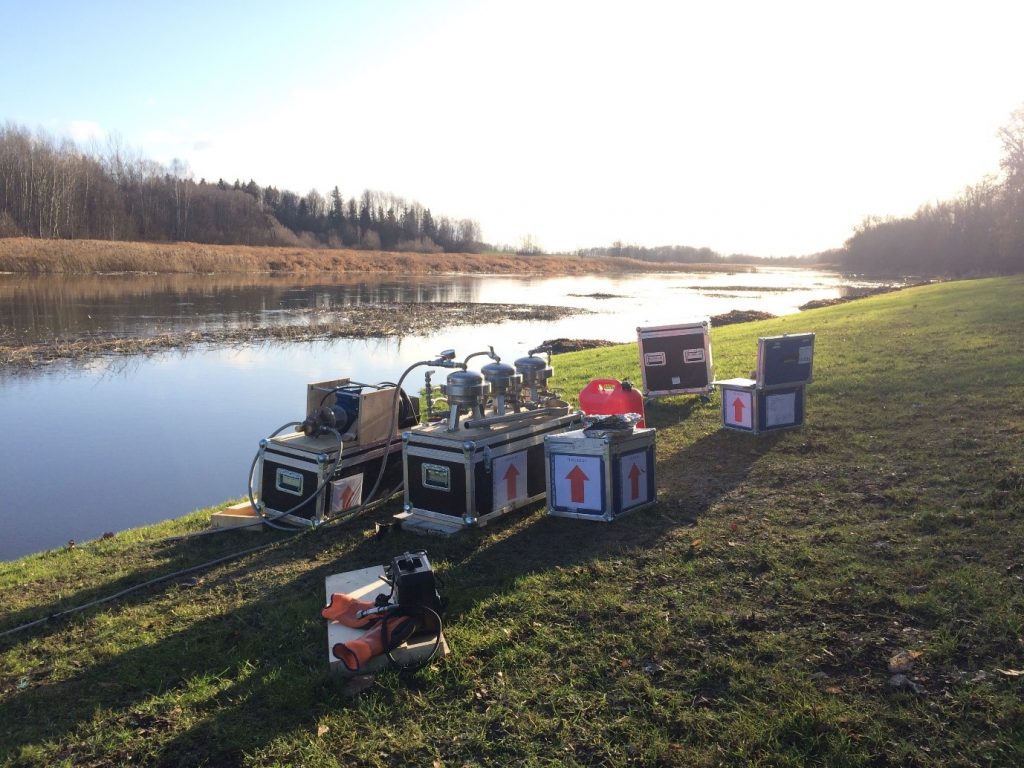 UFO-system near one of the sampling sites 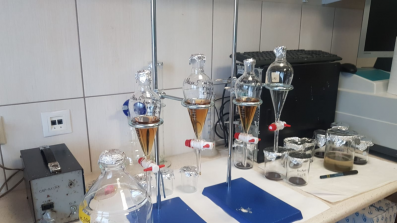 Aim of the current research in LIAE is to evaluate the amount, composition and prevalence of microplastic particles in Daugava and Lielupe rivers’ surface water. Last year four water samples from river Daugava and five water samples from river Lielupe were collected. In order to collect the samples Universal Filtering Object (UFO) was used (made in Aalborg University). The aim of the UFO-system is to filter the water through filters with different mesh sizes (5 mm, 300µm and 10µm). Limiting factors to collection of samples were either filtering one cubic meter of water or using max four 10µm filters in case they were clogged up. Further processing of samples was done in the laboratory. In the first step all the organic particles which could complicate the analysis of samples were removed. In order to understand the background contamination a 10µm metal filter was exposed to the environment at sampling sites.

Results indicate that particles in size range >500µm are in an abundant amount in all the sampling sites and most of them are classified as fibers. The results from Aalborg University are arriving soon.