Removal of organic micropollutants in wastewater

Some, often coastal, wastewater treatment plants (WWTPs) may have some intrusion of seawater which increases the bromide content of the wastewater, which is/may be problematic in ozonation for removal from organic micropollutants as the by-product bromine, which is harmful to aquatic organisms, is formed. An alternative to ozonation is granular activated carbon (GAC), which is a more expensive process and it largely depends on a regeneration need of the activated carbon. VA SYD has received a grant from the Swedish Environmental Protection Agency to investigate bromate formation during ozonation and regeneration of GAC.

There is today a direction decision for the introduction of treatment from pharmaceutical residues and other organic micropollutants at Sjölunda WWTP. According to a feasibility study, ozonation in combination with GAC gives the highest treatment efficiency, 85-90%, for the fourteen indicator substances that are considered important for Sjölunda WWTP according to Jonstrup et al. (2020). This solution also provides the greatest flexibility as it consists of a combination of two treatment techniques with different treatment efficiencies for different organic micropollutants.

Assessments of acceptable emissions of bromate for ozonation today often rely on recommendations in Switzerland. These are based on limits for drinking water and are developed for freshwater and are significantly lower than what can be achieved on Sjölunda WWTP, given the high bromide levels in the WWTP. The conditions in the recipient for Sjölunda WWTP, the sea, are different. It is therefore important to establish a relevant limit value for the recipient. There are approaches to such, but large uncertainties mean that the risk factors in the assessment are high, which is why the limit value is in turn still low.

In the event of ozonation of the water from Sjölunda WWTP, the water needs to be post-treated to remove harmful transformation products. Previous feasibility studies show that GAC is a suitable alternative. GAC is also the best alternative to ozonation for treatment from micropollutants in case it would not be possible to find an operating mode that falls below the limit values for outgoing bromate contents.

When treating the water with GAC, a saturated carbon eventually forms that requires regeneration. Regeneration makes a significant contribution to the plant’s environmental impact and operating costs, as regeneration on the required scale is currently not possible in Sweden. The activated carbon would need to be sent abroad to, for example, Germany or Belgium.

Climate impact, energy use and costs will be highlighted for regeneration abroad, on or near Sjölunda ARV and in a joint Swedish facility. The last alternative presupposes a certain amount of activated carbon from Swedish plants, of which several others are currently working actively on similar issues. These include e.g. NSVA in Helsingborg and Gryaab in Gothenburg. 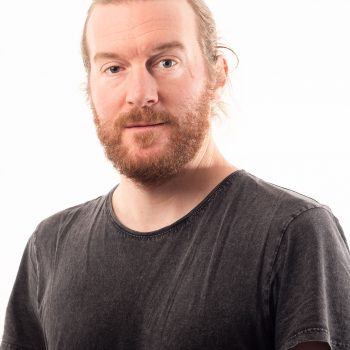