Microplastic Contamination in Stormwater Runoff – a transport route to the sea?

Stormwater runoff is one of known route for mobilization and transport of micro contaminants from terrestrial environments to various aquatic ecosystems (ponds, rivers seas etc.) and is therefore believed to be significant also for microplastics pollution. However, to what extent stormwater contribute microplastics to surface waters has previously only sparsely been studied. 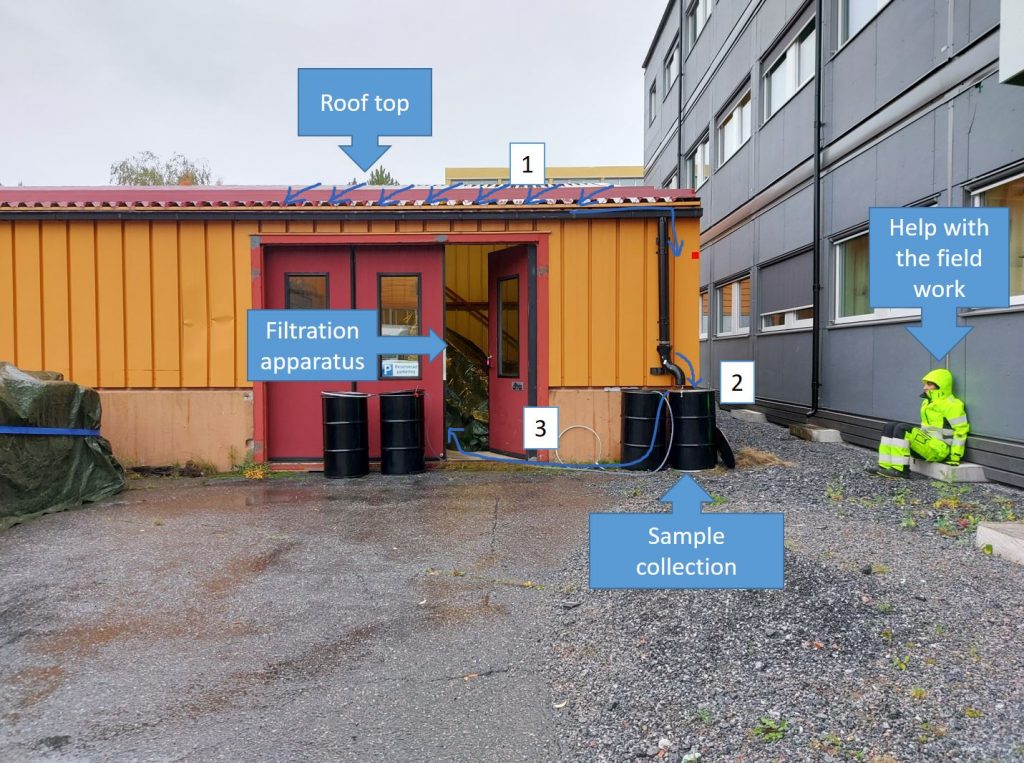 Runoff from the roof top (1) is transported in gutters and collected in barrels at the downspout outlet (2). Thereafter it is transported in tubings and filtered directly (3). When the sampling is finished, the filter is taken to the laboratory for subsequent preparation and analysis. 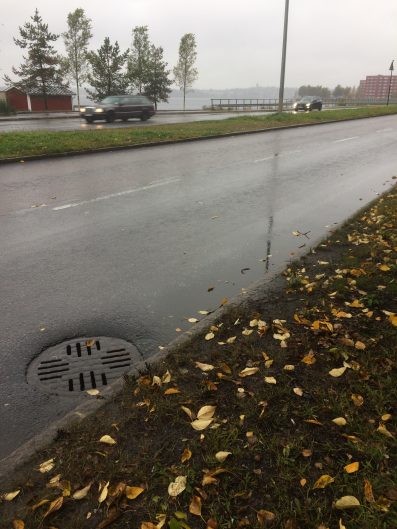 The stormwater draining to this gullypot was sampled. Samples were taken at the outlet of the gullypot (not shown in the picture).

As a part of the FanpLESStic-Sea project urban stormwater was sampled at three locations in Luleå city, Sweden: One at the downspout from roof top and two at the inlets of gully pots, one at a carpark and a road downtown of Luleå with an average daily traffic of 9000 vehicles per day (one direction), respectively.

The sampling was conducted during three rain events in October and November 2020. Sample preparations and analysis were done by the project partners at Luleå University of Technology in Sweden and Aalborg University in Denmark. Despite that the sampling was only carried out on three occasions it is clear that there is a large variation in microplastics concentrations between the sites as well as between the different sampling occasions at the same site.

Preliminary results indicate that runoff from the car park and the road showed the highest concentrations of microplastic particles (corresponding to ten to thousands of particles per liter water) compared to the roof runoff (corresponding to hundreds to thousands particles per cubic meter). The most frequently detected plastic type at all three sites was polypropylene which is also the plastic produced in highest quantities. Since two of the sites were trafficked with motor vehicles, we will continue the analysis to also include tire wear particles.