Challenge: Solve the microplastics problem in the Baltic Sea during one weekend!

DEEP – Microplastic Challenge was a weekend long hackathon that challenged the participants to create new, innovative solutions, sustainable services and business concepts to prevent microplastics from entering the Baltic Sea. 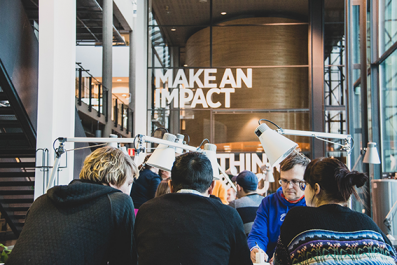 The competition took place in Helsinki at the turn of November and December 2019, and it was organized by the Natural Resources Institute Finland (LUKE) and Helsinki Think Company (HTC) as part of the FanpLESStic-Sea project.

The event brought together people from various backgrounds. The expertise of total 40 participants, students, researchers and entrepreneurs, varied from microbiology and engineering to design and marketing. This was clearly seen in the diversity of the ideas the teams worked on. The weekend culminated in the final on Sunday, when teams pitched their ideas to the expert jury consisting of members from the Finnish Environment Institute (SYKE), LUKE and HTC. 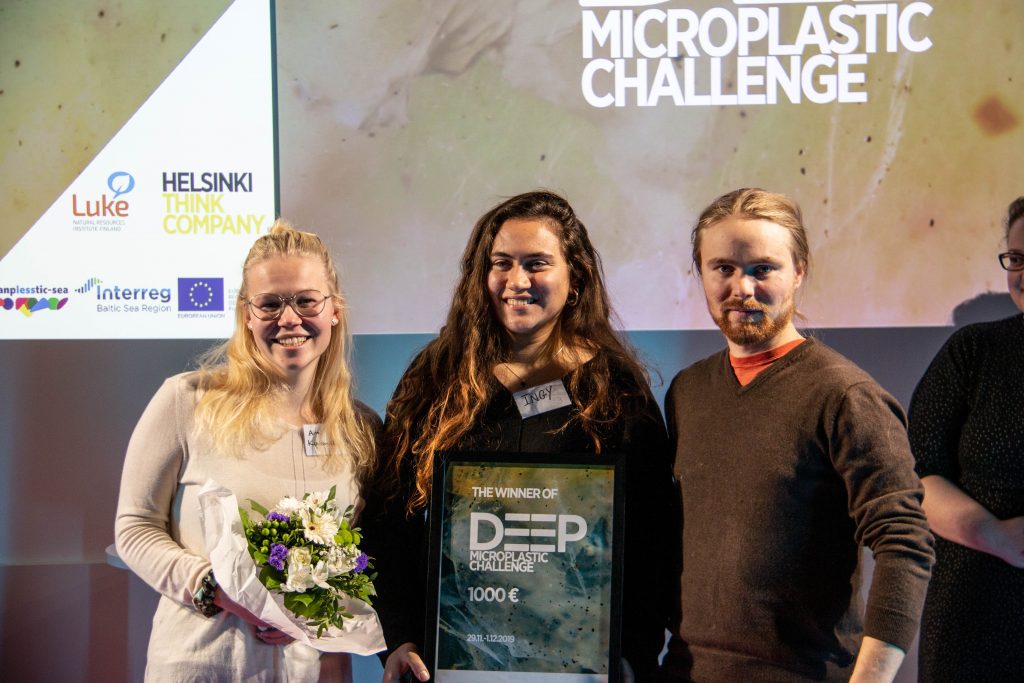 Out of the seven teams, Green Wash was the winner of the challenge. The team focused on plastic fibers that detach from clothes during washing. Their solution was a filter that clears the water from microplastics and can be attached to any washing machine. The judges were especially impressed by how concrete and ready for market the team’s solution was.

Green Wash was not the only team with an idea of a new microplastic filter. A couple of the teams focused on cleaning stormwater and snow piles from  microplastics with different filters and then processing them for example with fungal mycelium or microalgae.

One of the biggest sources of microplastics, car tires, was also taken into consideration in the challenge. The team Ecometer pointed out that poor driving behavior increases the amount of microplastics that breaks away from car tires. Their solution was to nudge people to drive more sustainably by using a meter that shows the effects of their driving behavior. The jury praised EcoMeter for the solution’s potential and the team’s well thought game plan. 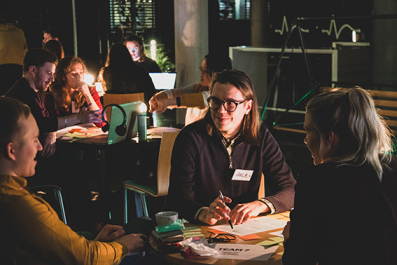 After the event, the teams Green Wash and Ecometer have been offered support from Luke researchers for developing their solutions further. Future will show how these great ideas will contribute to reducing the amount of microplastics that end up in the Baltic Sea.